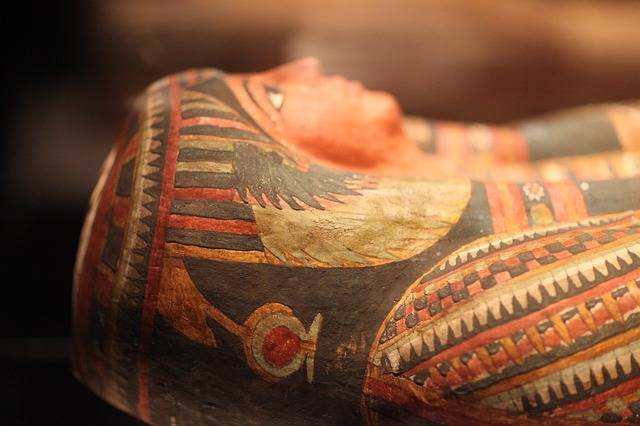 Curators at a museum in Cambridge have found fingerprints belonging to an Ancient Egyptian who lived 3,000 years ago

Curators at Fitzwilliam Museum in Cambridge have revealed that 3,000-year-old fingerprints have been found on the inside of the lid of an Ancient Egyptian coffin.

A number of coffins, along with the one in question, belonged to a man named Nespawershefyt (also known as Nes Amun) and were extensively studied with X-radiography at the museum.

The coffin was sent away in February for CT scanning at the radiology department of Addenbrooke’s Hospital, which revealed fingerprints on the inner side of the coffin, believed to have been marked when the craftsmen moved the lid before the varnish had dried.

Speaking to the Daily Mail, Julie Dawson, Head of Conservation at the Fitzwilliam Museum, said: “The inner coffin box is made up of a multitude of pieces of wood, including sections from at least one older coffin.

“Evidence of re-use includes cuts across old dowel holes, patching to change the profile of the coffin sides and a number of places where old mortise holes have been filled in and new ones cut beside them.”

Dawson added: “Wood was a precious commodity and the craftsmen were incredibly skilled at making these complex objects from sometimes unpromising starting materials.”

The coffins, which are not only aesthetically beautiful products of ancient times, also hold clues to Nes Amun and how ancient coffins were made. The coffins are covered from head to toe in bright hieroglyphs and pictures in reds, greens and blues. The collection is said to be one of the finest collections of ancient coffins of its type in the world.

In ancient times it was a tradition to decorate family graves with an artist’s impression of the individual’s life, unlike today where headstones with a personalised inscription are the preferred memorial option.