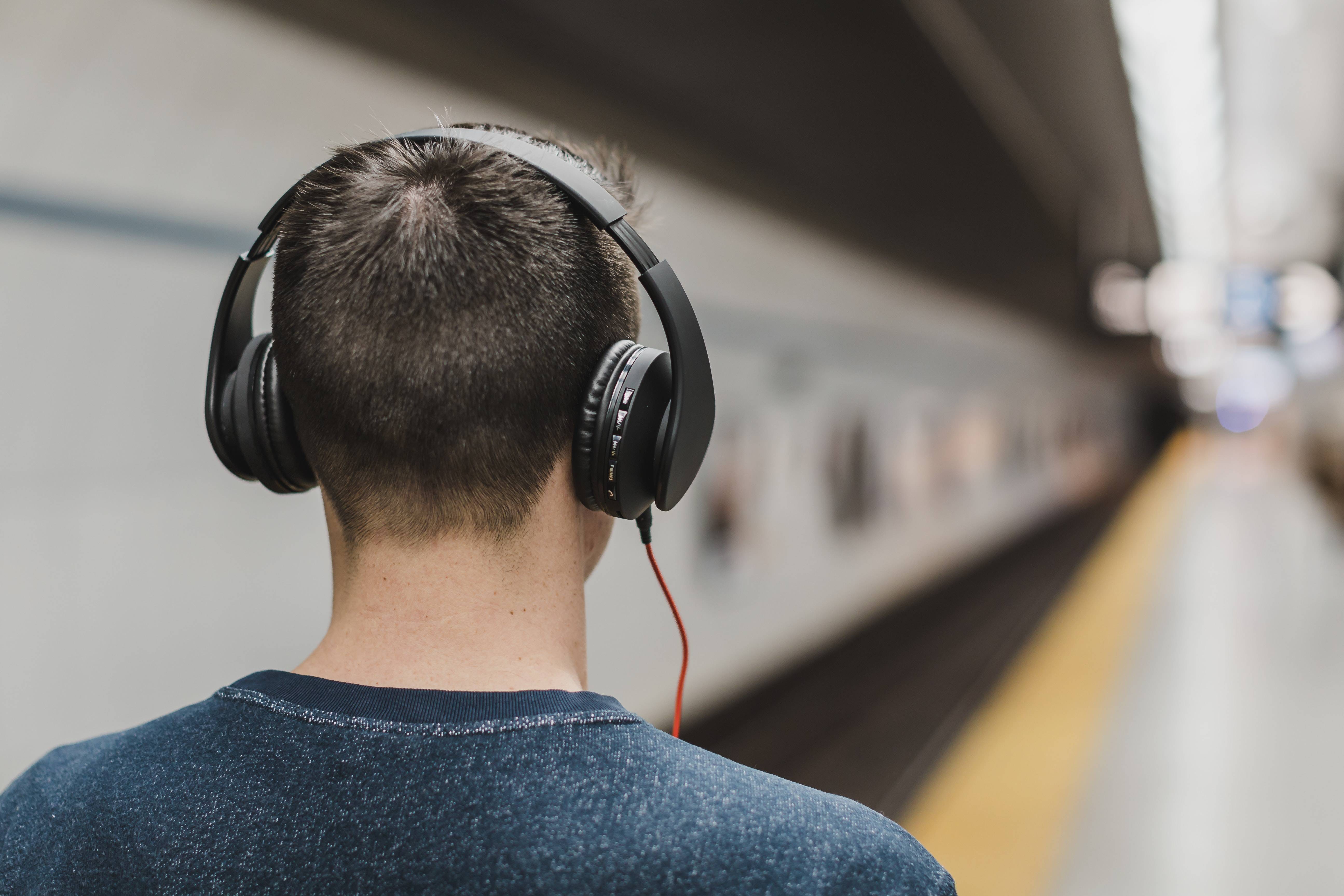 6 grief podcasts to help you cope with loss

Perhaps you just want to have your mind taken off shopping for memorial headstones, or you find comfort in hearing someone else’s story, whatever your reason, here are some of the best grief podcasts out there.

Whether you’ve lost a pet, friend, parent or child, one thing is for sure: we all experience grief, and grief podcasts can offer some real solace for anyone who needs it.

Perhaps you just want to have your mind taken off shopping for memorial headstones, or you find comfort in hearing someone else’s story, whatever your reason, here are some of the best grief podcasts out there. 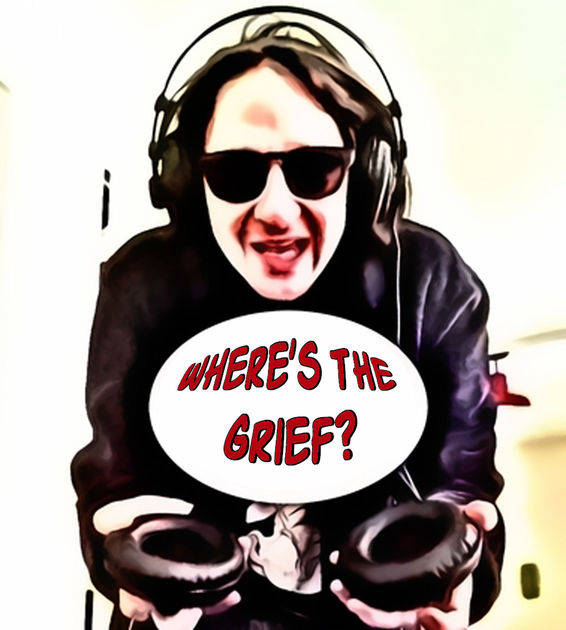 “I started the show in order to give myself a platform to talk about my own feelings about loss, and to give voice to others who have had similar experiences,” says Jordon Ferber, the creator of the show. “It features mostly comedians and other performers talking about how they cope, and how they find ways to express their feelings via their performances.”

Jordon’s 21-year-old brother, Russell was killed in a car accident in 2002, just as Jordon’s comedy career was taking off. “I have found the experience of dealing with a traumatic loss while simultaneously doing comedy to be somewhat surreal. For many years I felt as though I was leading a double life.

“It was very hard to be in a profession that allowed me to go onstage and talk about myself and my life, despite the fact that I felt as though there was a huge part of my life that I DIDN’T talk about at all onstage.

“My main goal with the podcast is to help normalize the conversation about grief. I feel like we don’t have these conversations often, and we spend an inordinate amount of time avoiding our feelings. My hope is that people listening find ways to stop beating themselves up for how they naturally feel, and start to deal with those feelings in a healthy way so they can move forward.”

You can listen to Where’s The Grief? here. 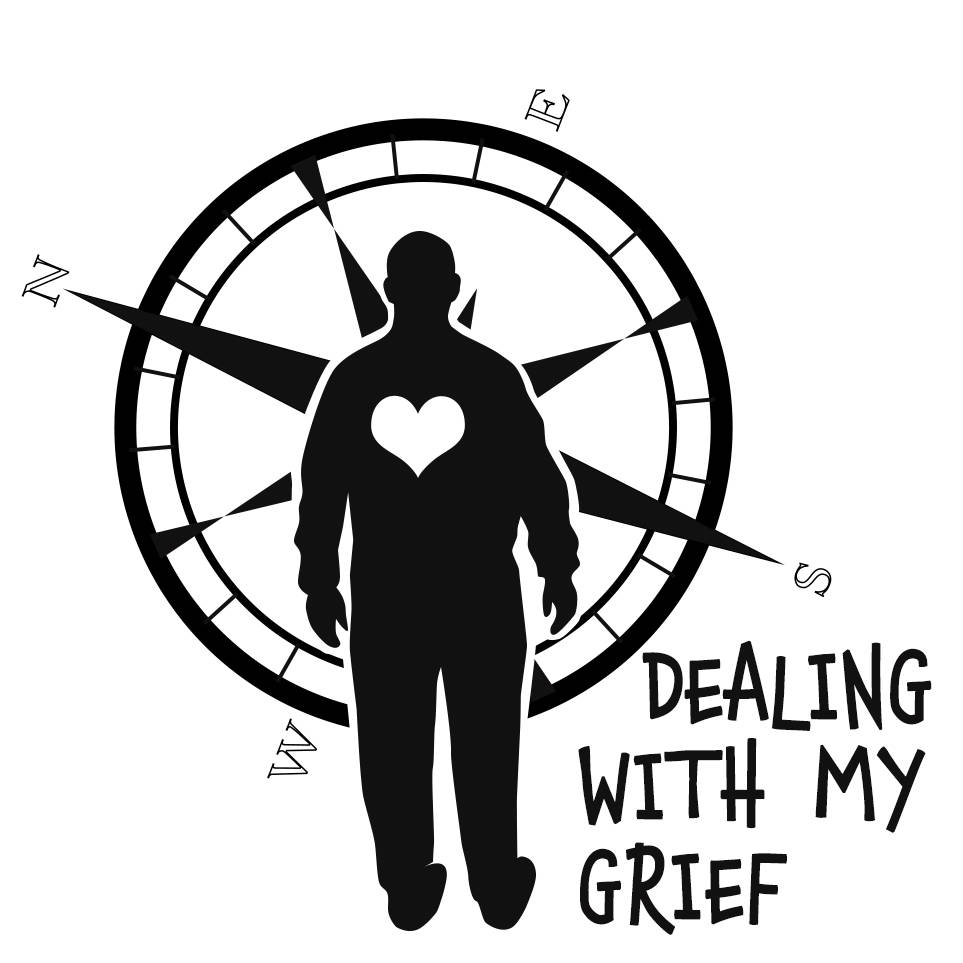 2. Dealing With My Grief

“Dealing With My Grief is a podcast that is a reflection of my grief journey since losing my father,” says podcast creator, Darwyn.

Darwyn lost his father at the tender age of 10, after a robbery attempt at the family’s convenience store. “I discuss how his loss has affected my thought process, religious beliefs, and relationships with family and friends. I occasionally have guests who share their stories of loss and how they cope with grief.”

“I am quick to point out that I'm not a psychologist, a psychiatrist, or any licensed professional. I'm just a man whose 40 years of dealing with loss has taught me a lifetime of valuable lessons.

“I hope that people find that through my story - they are not alone in grief. Given the resources, they can find or develop the tools necessary to deal with their grief when it hits them hardest.”

You can listen to Dealing With My Grief here. 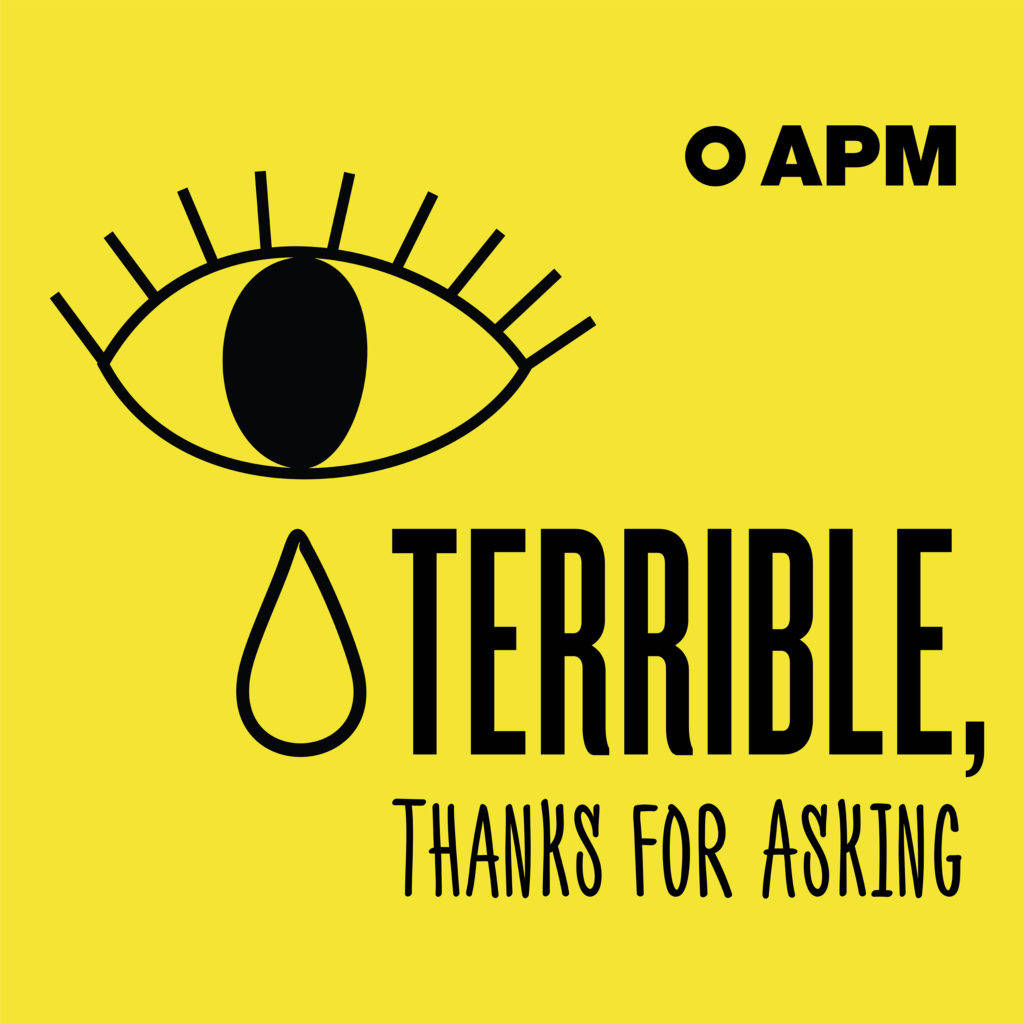 3. Terrible, Thanks For Asking

What is it about human nature that when someone asks us what’s wrong you can’t help but say “I’m fine”? Terrible, Thanks For Asking is all about saying just that, and being open and honest about your struggles, whether you’re going through a divorce, illness, grief or if you’re just having a rough time.

Nora McIrney miscarried her second baby, lost her dad to cancer and lost her husband to a brain tumour – all within several weeks of each other.

“After my husband Aaron died in 2014, his obituary went viral. I got lots of messages from lots of people who were all going through something hard, and all decided that the best person to hear or see them was a stranger on the internet (me). They weren't telling me because they didn't have friends or family, but because the friends and family they had had all stopped asking about it, or had always been too afraid to. I turned that inbox into the first season of TTFA, to get past the "how are you?" "I'm fine!" small talk and get right into the heart of the hard things in life.

“I hope each episode helps someone feel seen and understood, and gives someone else the ability to better see and understand the other people around them.

“People often ask me if it’s hard to make this show. It’s hard to be human. Telling the stories is an honour and finding the unexpected humour in even the most terrible moments brings me so much joy.”

You can listen to Terrible, Thanks For Asking here. 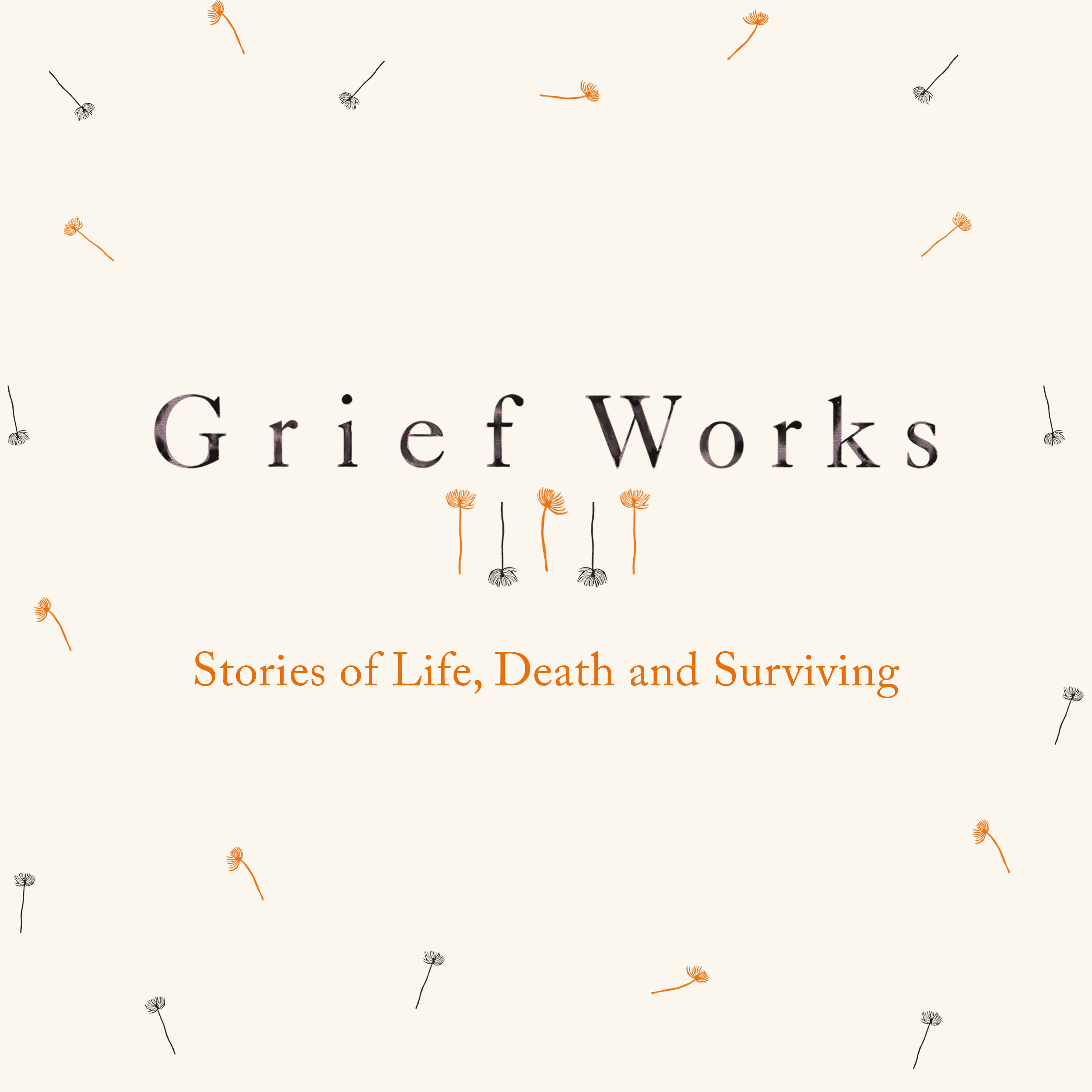 If you’re familiar with the book ‘Grief Works’ by Julia Samuel, you’ll certainly be interested to discover her podcast.

“I want to break the taboo of talking about death and its consequence, grief” says Julia. “The more we talk about this, the better we will be able to support ourselves and our friends and family when it affects us, which it inevitably will.

“Each person I interviewed for the podcast gives an intimate insight into their experience of grief, what they found difficult, what helped them and what it feels like. Their honesty is both touching and enlightening.

“I hope listeners will learn from it, understand themselves better, and perhaps share it with others who they wish to be understood by.”

You can listen to Grief Works here. 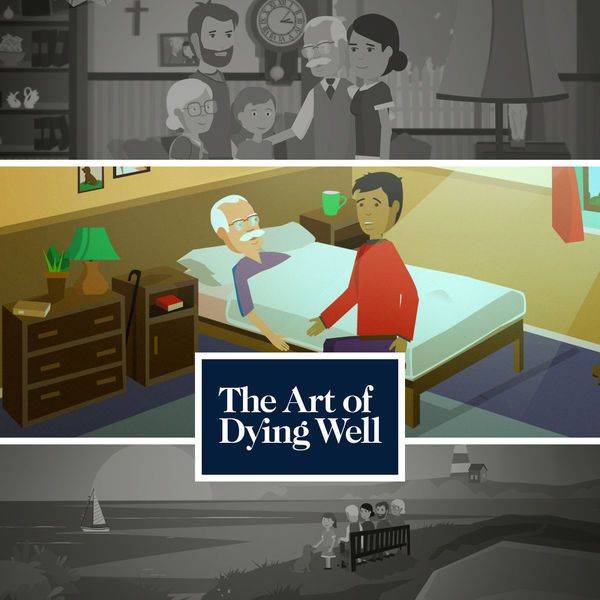 5. The Art of Dying Well

As well as discussing grief, The Art Of Dying Well looks to cover a range of death-related topics “to make death and dying something that we can talk about openly without discomfort or fear,” says Stephanie MacGillivray, one of the show’s co-ordinators.

“We interview a guest on a key topic, engage in a little ‘Death Chatter’ before getting the 'View from the Chaplain’s Chair’, where we explore the spiritual side of the month’s theme.

“The inescapable truth is that everybody reading this will die but many of us face death with fear, pain and anxiety. It’s a broad subject with lots to talk about, so the podcast was born to give a voice to the bereaved, those who are facing death, and those who have had a brush with death and those who care for the dying.

“There are always people behind these subjects and themes and we speak to some extraordinary men and women. The conversations are always interesting, lively and informative and we hope that they’ll inspire others to go out and take these conversations into their own daily lives.”

You can listen to The Art Of Dying Well here. 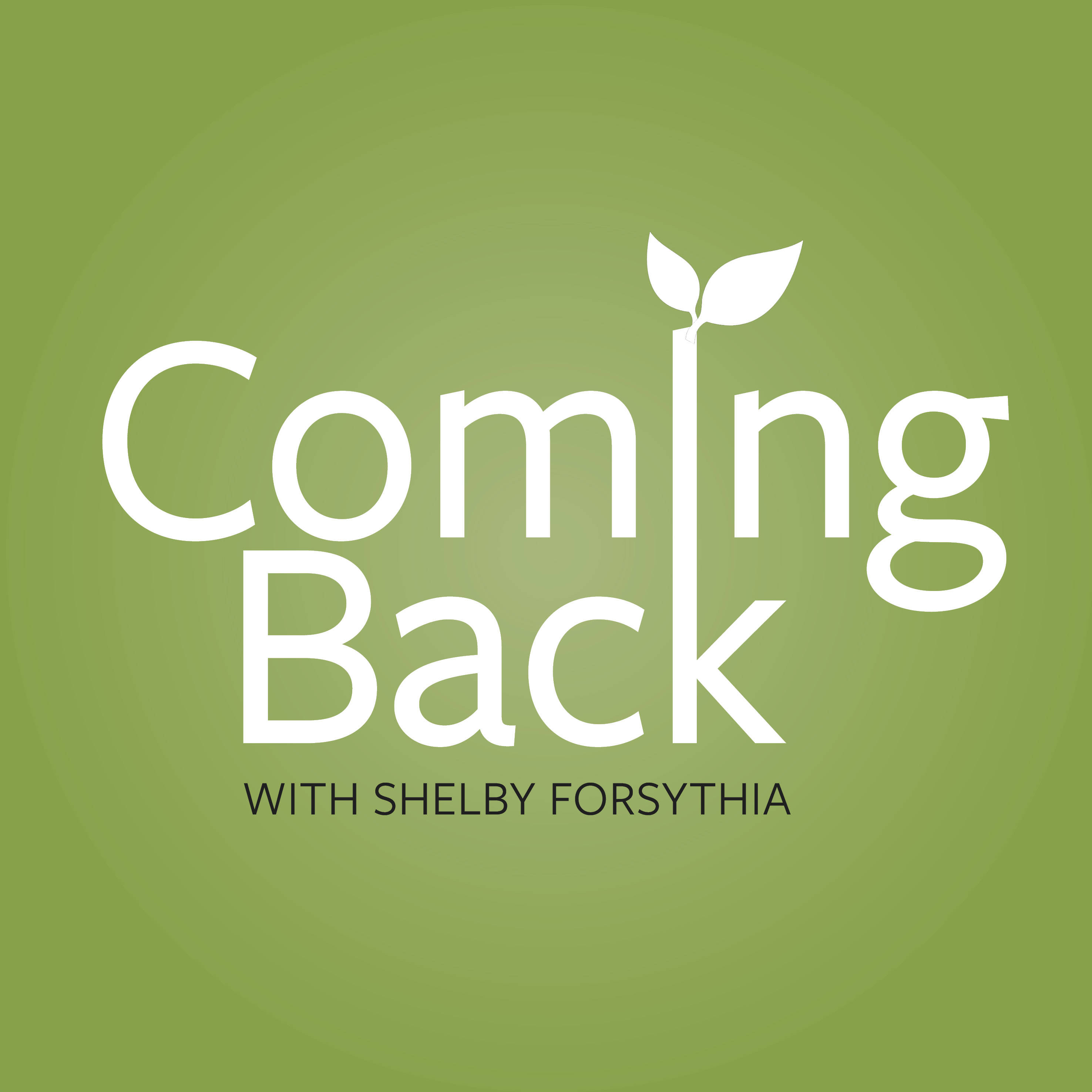 “Coming Back is a weekly podcast for anyone coming back from death, divorce, diagnosis, or another heart-shattering loss. It's a hybrid of mindfulness tools, practical knowledge and advice, and in-depth interviews with incredible guests like Julia Samuel, Kerry Egan, and Caleb Wilde,” says Shelby Forsythia, the creator of the podcast.

“I started the podcast for two reasons. First, because it was what I wish I had when my mom died in 2013. I was looking for a comfortable voice in the room with me that wouldn't judge or analyse my grief—and I was also looking for stories of loss that sounded similar to mine. A podcast seemed like the perfect platform to merge those two ideas.”

Shelby hopes that Coming Back can equip listeners with resources like “tools, books, and guests they connect with and the knowledge that they are not alone in their pain, no matter their grief story.”

You can listen to Coming Back here.

Grief podcasts to help you cope with loss:

From beautiful memorials to advice, our team are happy to help should you need to talk. Read our blog for more useful articles or get in contact today.