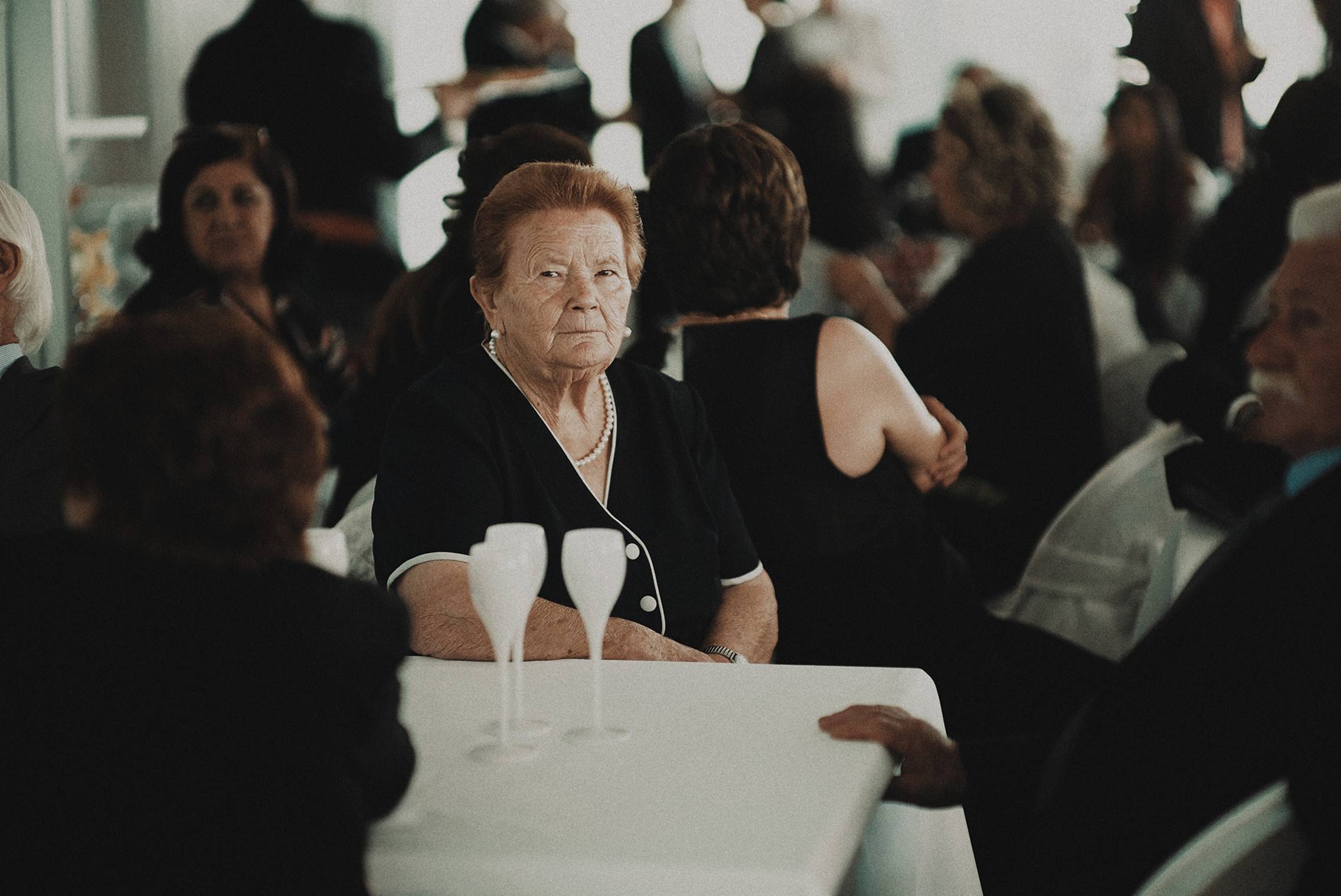 Why do people wear black to funerals

Many people request that those attending their funeral wear something other than the expected black. Whether this is to indicate that the ceremony will be a celebration of their life, or to reflect the deceased personality by wearing their favourite colour, it is important to take their wishes into account.

As headstones, coffins and ceremonies change, the tradition of black clothing is only now easing to alternative options however the rules of mourning attire are far more relaxed.

The height of British funeral attire was in Victorian times, when after the loss of her husband, Albert, Victoria went into mourning and remained so for the rest of her life. Though on the face this may appear that she wore an unceasing parade of black, the machinations of society and how this was displayed in clothing show the delicacy of fashion in those times.

Why wear black to a funeral

The traditional black modest garments represent decades of history and tradition, and often extended far longer than the day of the funeral. Your relationship to the deceased and the time period after death did much to dictate the colour and styles you were able to wear. There was however a social leniency that is often forgotten. While many people assume staying in mourning clothes for up to two and a half years would be constraining, instead it liberated people and allowed them to express their grief. If you saw a woman in head to toe black, including a veil, you would understand she had lost somebody close (a husband or child) recently and therefore any social faux pas, such as distance or distraction, could be excused.

The team at Beyond the Dash spoke to us about the prominence of wearing black to a funeral throughout history: "Though other colours are certainly appropriate to wear at a memorial service, black is usually the colour that comes to mind when selecting funeral attire. It's hard to pinpoint exactly where this tradition originated, but we do know that black has been a mourning colour for thousands of years. Dark togas were worn by ancient Romans during mourning, which carried forth into contemporary western mourning rituals. Black was worn during mourning through the Middle Ages and into Victorian times, with the practice waning for men over time."

They also spoke to us about how this can change around the world: "While black is the traditional mourning colour in the west, white is worn in other parts of the world when a death has occurred. This tradition may be related to death acceptance. Purity, understanding, faith, goodness, and light are associated with the colour white, while black carries more negative connotations. In the Bible, death is referred to as an "enemy" (1 Corinthians 15:26), and the promise of an afterlife is the ultimate reward for faith in God. This view of death as a result of sin has informed many western burial practices. While different cultures and societies have chosen different colours for funerals, there is a practical reason why in the West, black remains a popular colour: Black clothing is more subdued, and therefore helps to keep the focus on the person being mourned."

A history of funeral attire

Day of the funeral 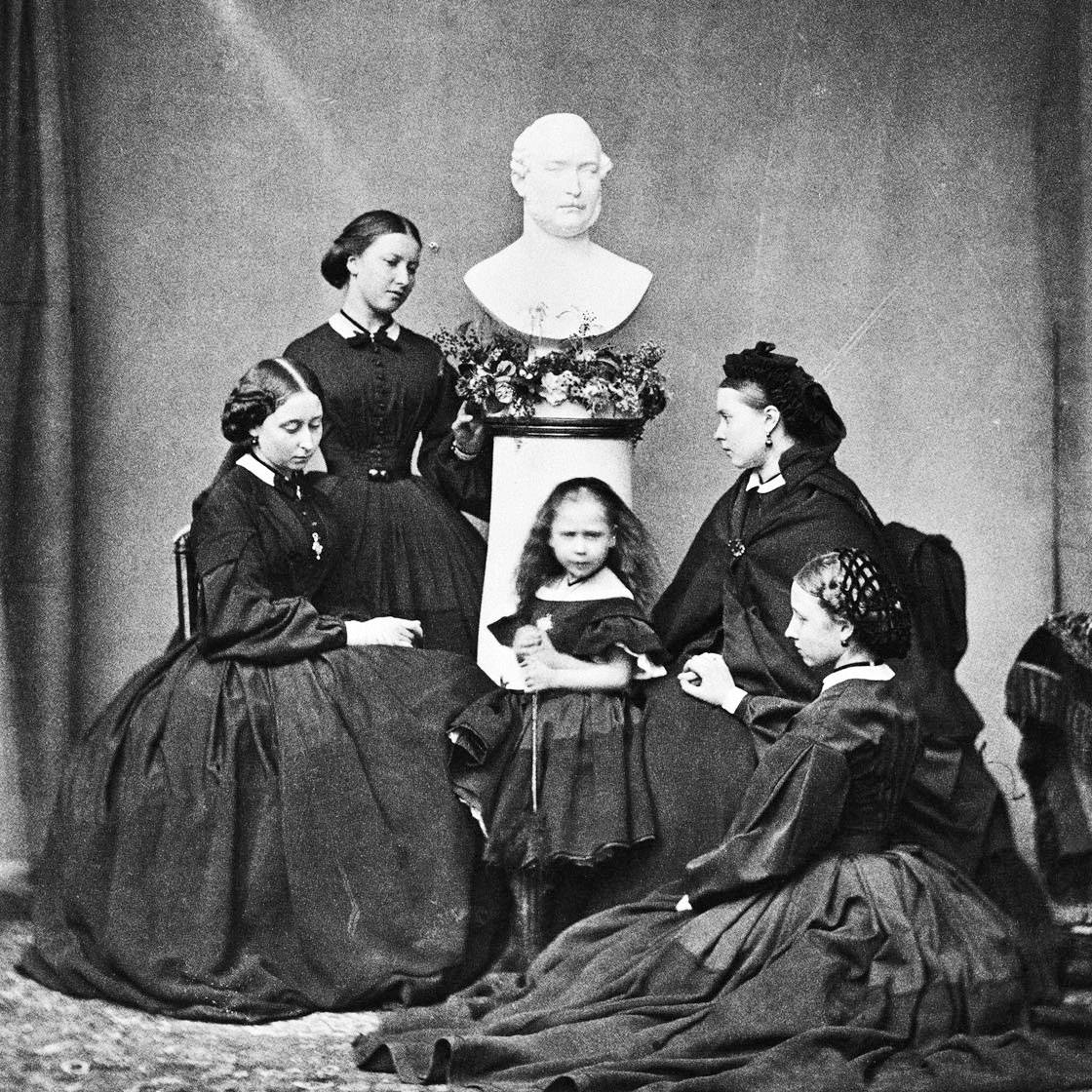 Dress was a visual marker as to how people were related to the deceased. Those in full veils and long trains walking closest to the coffin were immediate family members, while the less severe and further back in the procession were less closely related.

Jewellery, like luxury fabrics, were frowned upon during the funeral and in deep mourning. While crepe was the material of choice for widow’s weeds, jet and enamel take centre stage. If it was the death of a child or a young virgin girl, pearls became appropriate as a sign of purity, as did white dress. 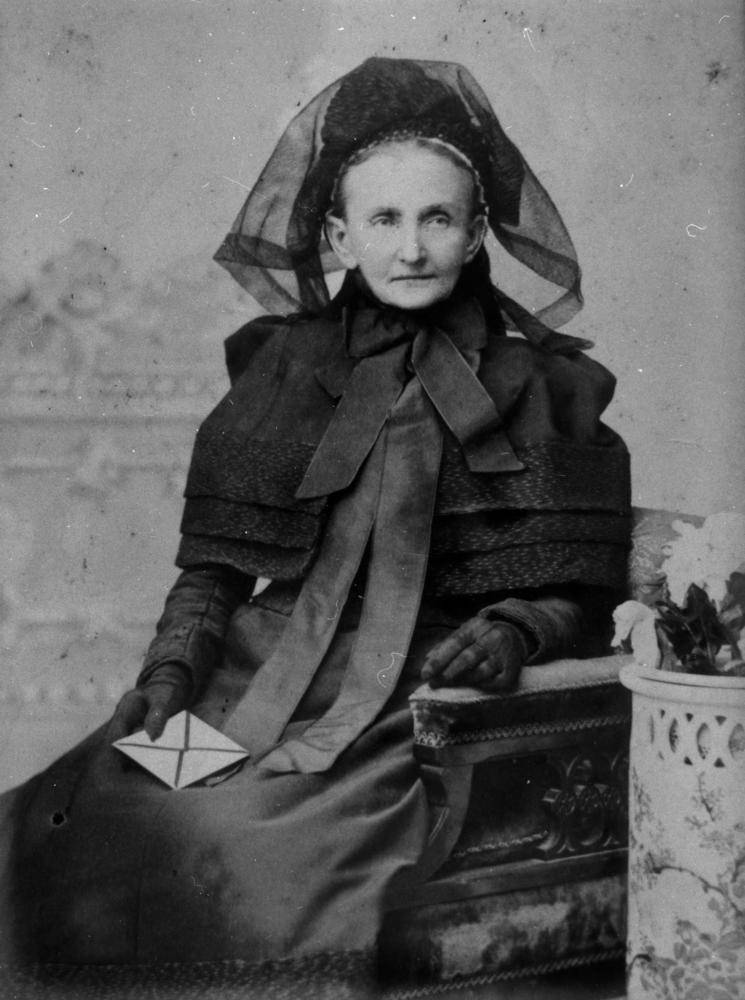 Full mourning for widows would last at least a year at the height of popularity during the Victorian reign. This not only restricted their dress but also the ability to go to social events, as they shied away from events and social gatherings that could have been seen as flippant or frivolous.

While women enshrouded themselves, men had to adhere to a different set of rules. For up to a year it was expected that a man wore dark suits, hatbands, gloves and neckerchiefs. However his movements were not as restricted as he had to go to work and often find a new wife to take care of children from a previous marriage. Children were not expected to partake in extended mourning though would often be seen in white dress after a death.

As mourning became stricter throughout the Victorian period, the expectations of full mourning were more fully realised. The heavy shawls that denoted a widow had to be worn when leaving the house for long periods of time, this was expected for at least six months after the funeral though often lasted longer.

As with many aspects of grief, the change is gradual, and the same was expected of mourning clothes. Half mourning involved less crepe, the introduction of certain colours deemed appropriate (purples and greys). Initially these crept in to trims and stitching but would eventually be incorporated into the garments in a more substantial manner.

The materials that could be incorporated were also used to display the removal from full mourning. Not only would crepe become less apparent, but veils were shortened or removed all together and more luxury fabrics were introduced. At this point the widow could return to a semblance of a normal social life.

Something to bear in mind was the prevalence of death during these times. With the average life expectancy around forty and much higher rates of child mortality, people could often be in mourning for several years at a time. While many widows never returned to bright colours, other never left their mourning attire behind, following in Queen Victoria’s footsteps.

What is mourning jewellery? 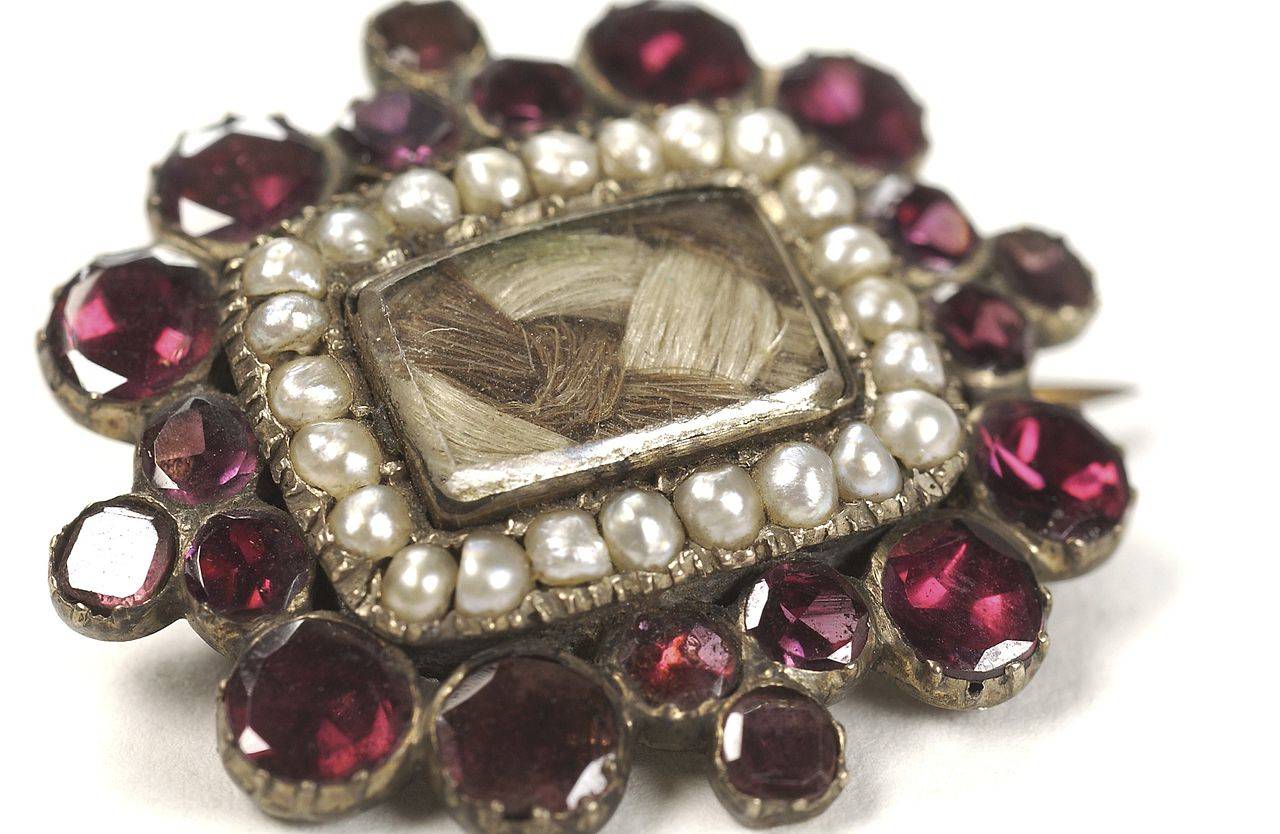 There were many ways to express your grief beyond just clothing. The rise in popularity for mourning jewellery today would be seen as morbid, however in an era that pre dated photography, a keep sake that you could wear upon your person, held enormous sentimental value. The most popular and personal mourning jewellery was made from hair of the deceased.  As hair did not decompose like the rest of the body it was seen to retain an essence of the person. The Victorians also believed you could tell somebody’s personality from their hair.

With this in mind it was not just women who kept locks of hair as keepsakes. They were wound into chains to hold watches or pendants, or made into cufflinks. Hair was also made into incredibly detailed icons to grace mourning jewellery, often depicting a weeping willow or an urn.

All note paper, whether for letters or invitations, would often be edged in black. Handkerchiefs would be similarly trimmed and often in the initial stages of grief reflective surfaces would be dimmed or covered so no light could penetrate. When Albert died, this was done throughout the country to show grief for the monarch. In large estates, a rich member of nobility would dress all of their household in mourning to ensure everyone knew the grief they had suffered.

Discover our range of funeral headstones, or read more on our news page.