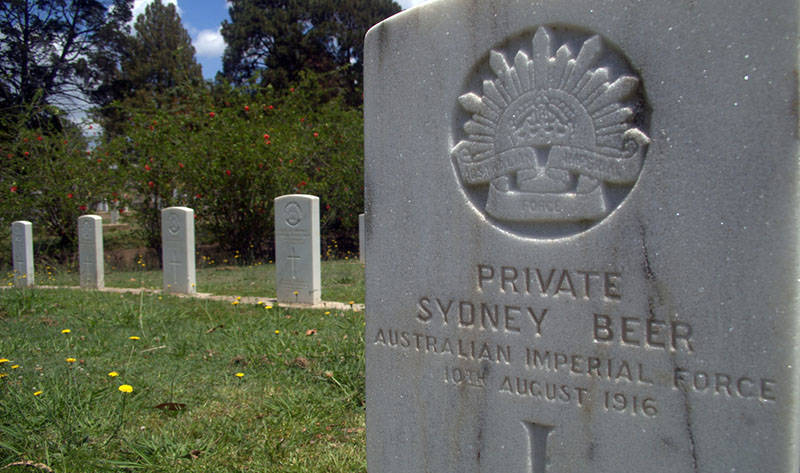 Australian war graves in London vandalised prior to Anzac Day

On the eve of the Gallipoli centenary, vandals attacked a Londoncemetery, which is home to more than 100 Australian war graves.

The vandals peppered a memorial stone with blue spray paint and cut an Australian flagpole in thechurchyard, which have since been cleaned and repaired. The motivation of thedisrespectful act has yet to be uncovered, although it is particularlydisappointing, as the headstones were painstakingly restored earlier this yearin preparation for the centenary.

Vandals damaged a plaque and flagpole where Anzacs are buried

Anzac Day is a commemorative occasion and is one of the mostimportant in Australia, as it marks the anniversary of the first major militaryaction fought by the country’s forces during World War I. Taking place on April 25th each year, it remembers those who lost their lives, which includes the 112 Australian diggers and a nurse buried at the cemetery inMiddlesex. The churchyard is 30km northwest of London and is there to payrespect to those who died during the First World War.

The soldiers happened to be buried in Europe as a wealthyAustralian couple, named Charles and Letitia Billyard-Leake, lived in Britainduring the war and offered the use of Harfield House and its grounds to theAustralian defence department. At first, it was used as a recuperation centrefor soldiers of the Australian Imperial Force, but soon became an auxiliaryhospital with 1000 beds. The infirmary is thought to have treated 50,00 0patients, with 112 dying, including one of the hospital’s nurses.

More than 45 commemorative events took place across the UK, withhigh commissioner Alexander Downer encouraging people to continue to take partin these following the incident. However, British police had urged thosevisiting the capital city during Anzac Day and the London marathon to remain alert and vigilant.