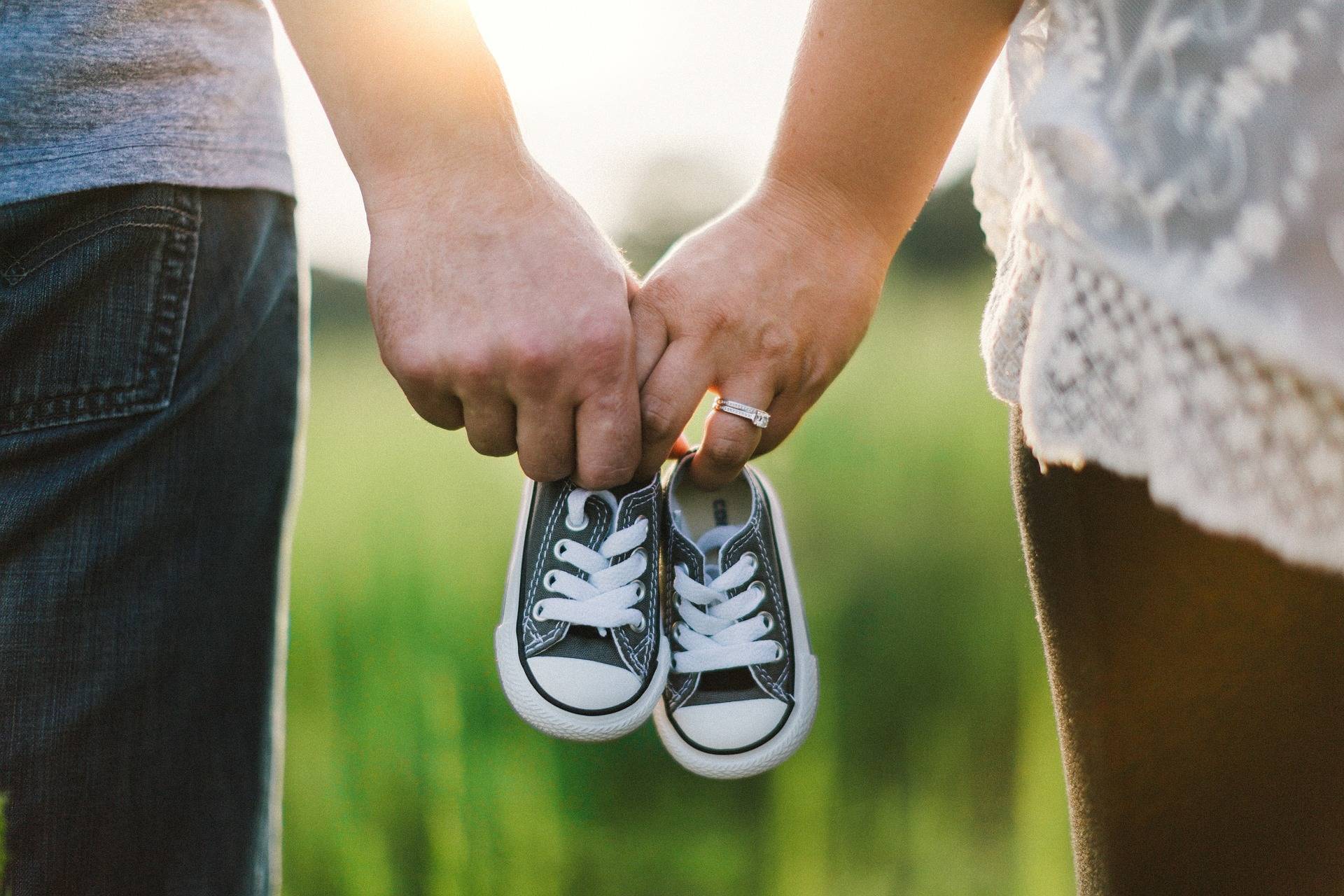 Losing a child is the hardest thing a parent can go through. We spoke to three amazing bloggers about their grief in losing a baby and how they coped.

After losing your baby, not only are you grieving the loss of your child, but you find yourself having to navigate a new kind of parenthood, one that is full of unanswered questions and heartache. But you are not alone in your grief.

We spoke to several amazing mothers about the loss of their beautiful babies, and how they coped with the grief and came to find peace.

If you have found this article because you are grieving the loss of your baby, we are sincerely sorry for your loss and hope you are able to gain some comfort and guidance reading the below stories of other brave parents.

“Through running and hiking, I was reminded that my body wanted our baby just as badly as I did.” 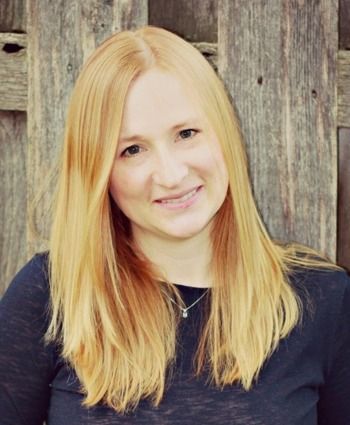 “She was our first baby and we did not only lose her that day but also our identity as parents,” recalls Lindsey. “Losing a baby before they have a chance to live is heart-breaking, there really are no words that describe this type of grief. It's dark, it's personal, and yet at the same time, it's filled with love for your child you will never again get to hold. Since we never got to know her outside of the womb we will always wonder who she would have been.”

Although nothing could fill the void Nora’s death had left her and her husband, Lindsey found solace through writing and hiking, as a way to try feel at peace with her body and mother nature. “Writing and connecting to Nora through blogging, journaling and letter writing is what helped the most. The second was reconnecting with nature through hiking and running outside. I had felt like mother nature had stolen my baby and that my body had failed me by not protecting Nora, so getting back into the rhythms of nature and learning to understand that life and death are just different sides of the same coin, as well as using my body physically reminded me that my body wanted our baby just as badly as I did.”

For others who have lost their baby, Lindsey says to remember that no matter what anyone else tells you, you are still a parent and your grief is valid. “Remember that you are a mother or father to your baby that died. No matter what others tell you or what you may think yourself at first, nobody can take away your parenthood to this child. It was and still is a unique relationship that only you and your baby have with each other. That matters. Even if it was only for a brief period in time.”

“I wanted to lessen the stigma surrounding pregnancy and baby loss and pass on Elijah's story.” 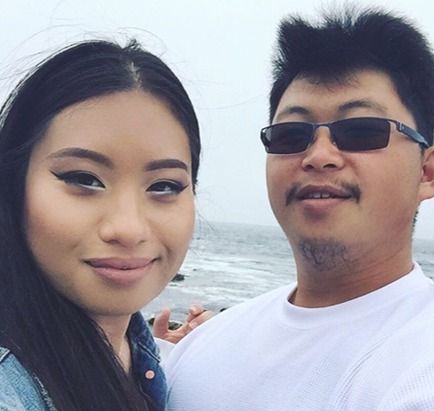 Everything surrounding Sanda’s pregnancy had been normal. Until it wasn’t.

"On Monday, June 13th 2016, my husband and I went in for a full anatomy scan at 20 weeks pregnant. We were expecting a boy, and everything was perfect; there were no signs of complications,” says Sanda. “The day after the scan, my waters suddenly broke, along with bleeding. I was hospitalised for observation, consulted by 'high risk' specialists, and was started on antibiotics to decrease possibilities of infection.

“Chances of survival were slim since our baby's lungs were underdeveloped. Days after the rupture, I was induced for labour. I delivered our stillborn son, Elijah, at 20 weeks and 4 days of gestation. He was a tiny little thing at 10 inches and 9.9 ounces. Doctors termed our loss as Preterm Premature Rupture of Membranes (pPROM), which is a sudden tear of the amniotic sac.”

Although Sanda and her husband were given a diagnosis and a reason for having lost Elijah, it didn’t stop them from feeling lost and struggling to navigate life without their baby boy.

“Life after loss was a very confusing time. One moment, we were celebrating the news of having a boy, the next, I wasn't having a baby at all. Grief mostly consisted of avoiding emotional triggers, which were practically anything related to pregnancy, babies and socialising. Within our family, our loss wasn't openly acknowledged. The silence made coping with grief much more difficult – no one knew what to say or do.”

After opening up to friends and getting in touch with other mothers of baby loss, Sanda was encouraged to start writing. “I began blogging after receiving support from friends and other loss mums on social media. I wanted to lessen the stigma surrounding pregnancy and baby loss and pass on Elijah's story. Writing and blogging became therapeutic; it made it easier to process grief and understand my needs and emotions. I later discovered that I was helping other mums cope with their loss by reading about my experience.”

For others who are grieving a pregnancy or baby loss, Sanda has one valuable piece of advice: “Find purpose. This does not mean jumping at the first thing that comes to mind, but to ponder and become aware of what loss has gifted overtime. I know that many (including myself) struggle with the phrase, ‘everything happens for a reason’, but for me, it rings true. Watching the unfolding of my life after loss has brought many purposes as to why my baby died. To name one of them, it was to become someone much more courageous, compassionate, and one day, humbled and at peace with what life and death has taught me." 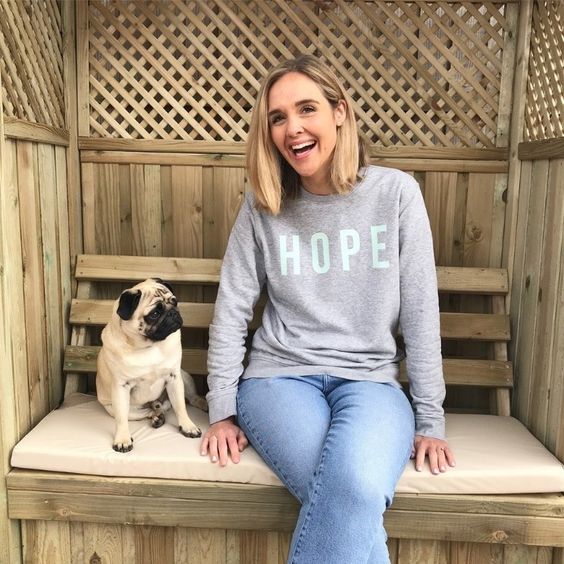 Elle Wright (and her pug, Boris), Feathering The Empty Nest

Feathering The Empty Nest blogger Elle’s beautiful bundle of joy, Teddy, came into this world on the 16th May 2016. But it was during that first night when Teddy stopped breathing, leaving this world just three short days later.

“In May 2016 I was catapulted into a narrative of motherhood that no one could have prepared me for,” says Elle. “I had dreamt of a perfect summer with our newborn baby, and a year off from work to enjoy our little bundle. The circumstances in which we found ourselves could not have been further from my dream; it became every parent’s worst nightmare.”

But it didn’t start off this way, Elle’s pregnancy right up to Teddy’s birth had been normal, and Elle and her husband fell instantly in love with their new arrival. “After a healthy and full-term pregnancy, our beautiful son Teddy arrived into this world on 16th May 2016. With a tuft of blonde hair just like his Daddy, he was small but oh-so-perfect. During the night after he was born, Teddy stopped breathing. We were awoken by worried midwives who whisked him away. I knew something was wrong as I saw his tiny arm flop down by his side as he was carried away.

“Teddy was revived for eighteen minutes, but they could not tell us how long he hadn’t been breathing beforehand. The following day, he was transported to a neighbouring hospital to be cared for in a Neonatal Intensive Care Unit (NICU). He stayed there for three days as the specialist consultants caring for him fought for his life and tried to solve the mystery of why our little boy had stopped breathing.

“On the evening of Thursday 19th May, Teddy died in our arms as we read him a story. Surrounded by his grandparents, his auntie and uncle, and all of the incredible team in the NICU who had tried so hard to save him. I stared at his perfect little heart-shaped face before we said goodbye, willing myself to remember every detail of him. The weight of him in my arms, his smell, the soft crease at the back of his neck. I never got to look into Teddy’s eyes, as he never opened them, but I always picture them to be a perfectly cool blue, just like his daddy.”

The loss of their darling baby boy hit Elle and her husband hard and their grief was heart-breaking. But in time, the two found that Teddy’s three short days on this earth were enough to have a positive impact on the rest of their lives, far more than they ever thought possible.

“Since Teddy died, our lives have changed. We didn’t want him to be the reason we didn’t, only the reason we did. After a year off from my career, busying myself with renovation projects in our home and raising money for the NICU (to date we have raised over £125,000), I decided not to return to my previous job.

“I started writing my blog, Feathering The Empty Nest, in January 2017, and later that year began writing my book, Ask Me His Name, which also raises money for baby charity Tommy’s. It’s not just about raising money for charity, it’s about changing the narrative of motherhood and creating more understanding of those who have lost a child through neonatal death or stillbirth. Those children aren’t replaceable, and more often than not those parents really do want to talk about them.”

We asked Elle what her number one piece of advice is for others: “I am often asked for my advice for other parents going through the loss of a child, and I honestly believe that the only thing you can do is take it each day at a time, each hour if you have to. There was a time when I never thought I would be able to smile or laugh again, I thought our lives were over. Slowly but surely, that light has begun to creep back into our lives, and we carry Teddy with us in everything that we do.”

Losing a baby is the hardest thing a parent can go through, and we appreciate how hard it can be to choose the right baby memorial headstone to remember your little angel. Please feel free to look at our marble and granite memorials or please give us a call on 0800 377 7057, we’d be more than happy to help you.