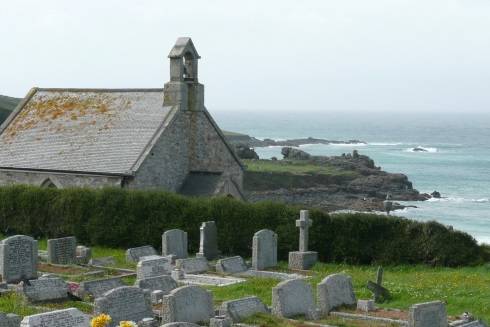 Cornish cemeteries are running out of space

Burial space in cemeteries across Cornwall could run out in just 20 years and a number of ideas to counteract this are being considered.

A council report has highlighted that burial space in cemeteries across Cornwall could run out in just 20 years.

The audit from the council found that there are 33,854 total available graves in the whole of Cornwall, but that the death rate in the area could rise significantly as a result of baby-boomers coming towards the end of their lives.

Some cemeteries in Cornwall are already full, meaning that families in those areas have to arrange burials and erect headstones in adjacent districts.

In an article on the BBC, the Cornwall Council Report said, “The worst case scenario is that there is only 20 years of remaining burial space in Cornwall, if no more cemeteries are developed.”

The Cornwall Council audit also said that the approximate number of deaths in the county is around 5,600 a year and that roughly 26 per cent of people in Cornwall choose to arrange a burial for their loved one or friend.

There has also been an increasing trend of people deciding to arrange cremations for a deceased family member or friend. Despite this, the total supply of burial space in the Royal Duchy of Cornwall is estimated to be full by 2035 if no new cemeteries are built.

Cornwall Council have announced that they are looking into a number of different options to counteract this problem, such as buying more land and passing administration of all cemeteries to town and parish councils.

A statement from Cornwall Council said that they need to “start considering the options now” so that they can avoid potential problems in the future.