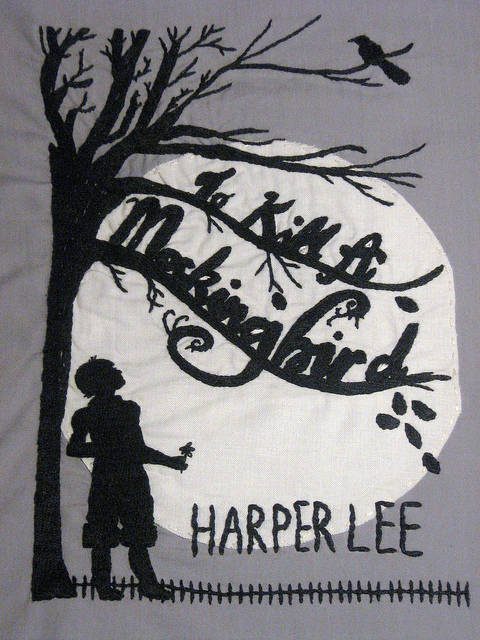 Award-winning American Author, Harper Lee, was laid to rest this week at the age of 89.

The funeral for Pulitzer Prize–winning American author Harper Lee took place in the small Alabama town of Monroeville, the model setting for her world-renowned book, To Kill a Mockingbird.

Lee was laid to rest in a private ceremony with an intimate circle of family and friends by her side at the First United Methodist Church. After the service her coffin was taken by a silver hearse to a nearby cemetery where her parents, Frances Finch Lee and AC Lee are also buried, and white and red roses were placed on the family memorial headstone.

The author, who lived in the Monroeville assisted living facility for several years due to declining health, remained out of the limelight and fame which her novels brought her, wanted a quick and quiet funeral, free from fan-fare with only family members present.

The day after her death, people of the town commented on how the Mockingbird ‘chirped and frolicked among blooming camellia bushes’ outside the famous courthouse that Lee used in her novel To Kill a Mockingbird, when talking to The Guardian.

When discussing her funeral plans to long-time friend and history professor Wayne Flynt, Lee wanted him to read the tribute entitled ‘Atticus Inside Ourselves’ as the eulogy at her funeral, which Flynt gave in 2006 when she won the Birmingham Pledge Foundation Award for racial justice. Harper Lee loved the words so much that she wanted Flynt to repeat them when the time came for her to depart.

Speaking to The Guardian in an earlier interview, Flint commented: “I want you to say exactly that,” Flynt quoted Lee as saying at the time. “Not one thing more, and not one thing less.”

“If I deviated one degree, I would hear this great booming voice from heaven, and it wouldn’t be God.”