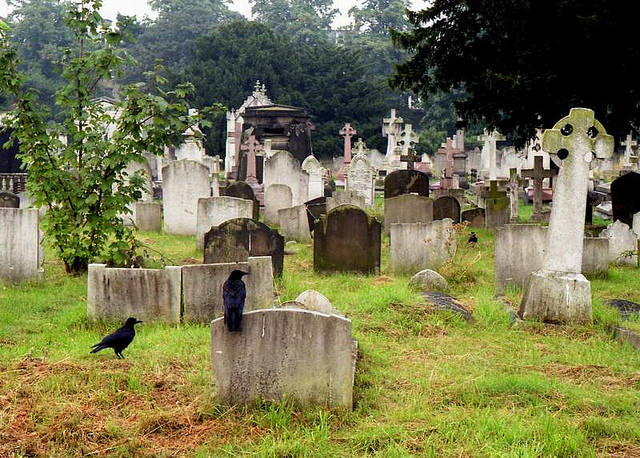 Headstones in cemeteries across East Lothian to be made safe

An East Lothian council project will make sure that headstones are made safe from adverse weather conditions.

More than 1,000 headstones dating back hundreds of years are to be restored to protect them from adverse weather conditions in East Lothian.

The council-run project will make sure that gravestones and memorials in 35 churchyards and cemeteries across the county are made safe to avoid the threat of toppling over.

A spokeswoman for the council told East Lothian Courier: “The work sees the local authority take down the top sections of loose memorial, and bury the bottom of the headstones, approximately one-third, into the ground.”

Staff at the local authority have made sure that the headstones aren’t at risk to the public when visiting gravesites throughout the winter months, and with early 2016 seeing adverse weather conditions and storms in the country, people have welcomed the scheme.

Councillor Norman Hampshire, the local authority’s spokesman for housing and the environment, was pleased by the move.

He commented: “Sites will be dealt on a priority basis, based around matters such as number of visitors, occasions of vandalism, severity of condition of individual memorials and proximity to paths and roads.

"As many of the unsafe stones are of considerable age, we don’t have records of family to advise about the work required. However, signs will be placed in each cemetery where work is being proposed as far in advance of the work starting as possible.”

he programme, which is set to last over five or six years, will see most of the restoration activity carried out during the winter months when staff have more time available to deal with the considerable amount of work.

bout a fifth of the headstones intended for restoration have already been successfully dealt with and made safe for the future.

he scheme will also oversee the memorial inscriptions on the headstones, making sure the writing is more visible to the public, as well as allowing visitors to safely tend to graves.