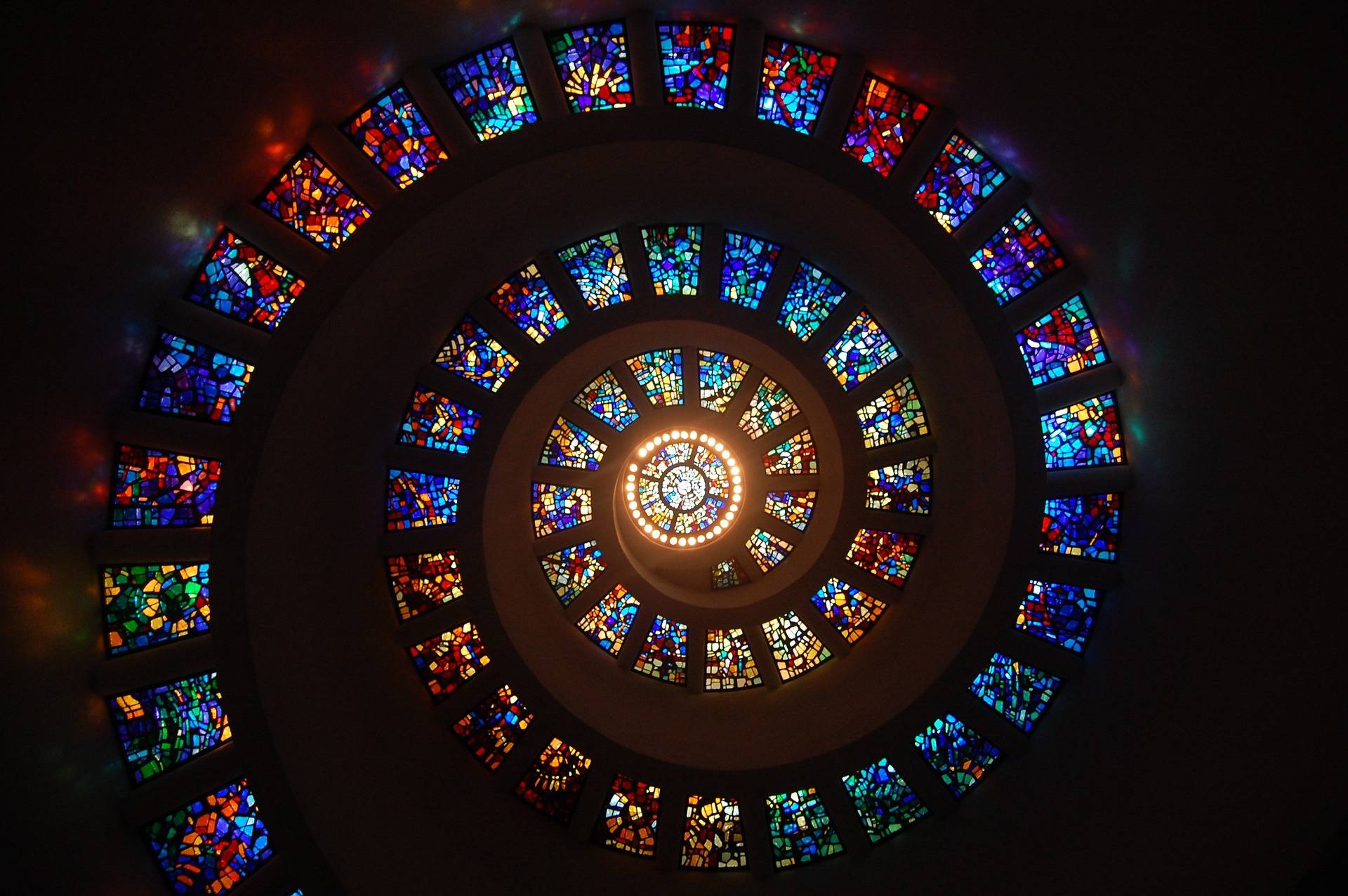 How Religion Can Help us Deal with Death

Religion can help us in many ways, no more so than when confronted with death. We could all use a hand during these moments. Here is how region can help.

We all deal with grief in a myriad of ways, but religion and belief can help those in their hour of need to find comfort, hope and optimism about the future. Let us look at the various ways religion can be that much-needed presence during these most testing of moments.
Death, after all, is inevitable; it affects us all, and as much as it pains us to think about, at some time or another we will have to find a way to cope with the passing of a loved one. Tackling this alone can make this already troubling time even more painful. Help is there, however, for those that are willing to open their hearts and minds. Seeking comfort and guidance in the form of religion can be hugely beneficial; not just in these most dire of moments but going forward into the rest of your life’s journey. 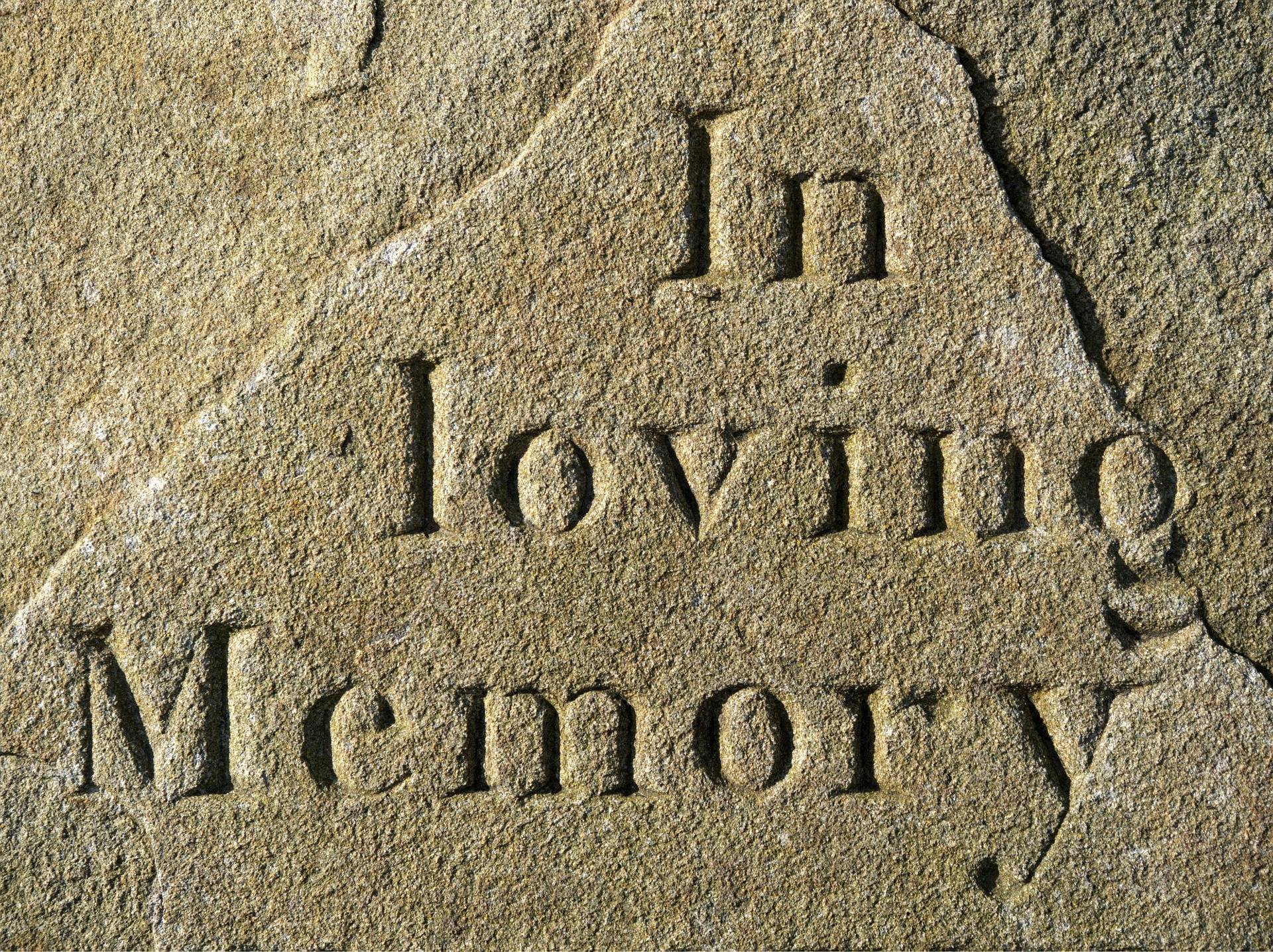 The belief in something other than one’s self is a hugely comforting notion. The idea that the world doesn’t start and end with you, that man doesn’t hold all of life’s secrets, can hold the key most needed when a family member is beginning their journey to the other side. If one was to believe that man’s domain is all that there is, that when one dies, there is simply nothing; that can be an incredibly morose way to live and only add to the misery of losing someone precious.

However, as the world’s many religions teach us, if there is a place beyond this realm, a place once our work on this earth has been completed, that our souls will arrive at in the joyous presence of God - well, that puts an entirely different spin on things.

Religious beliefs across the world 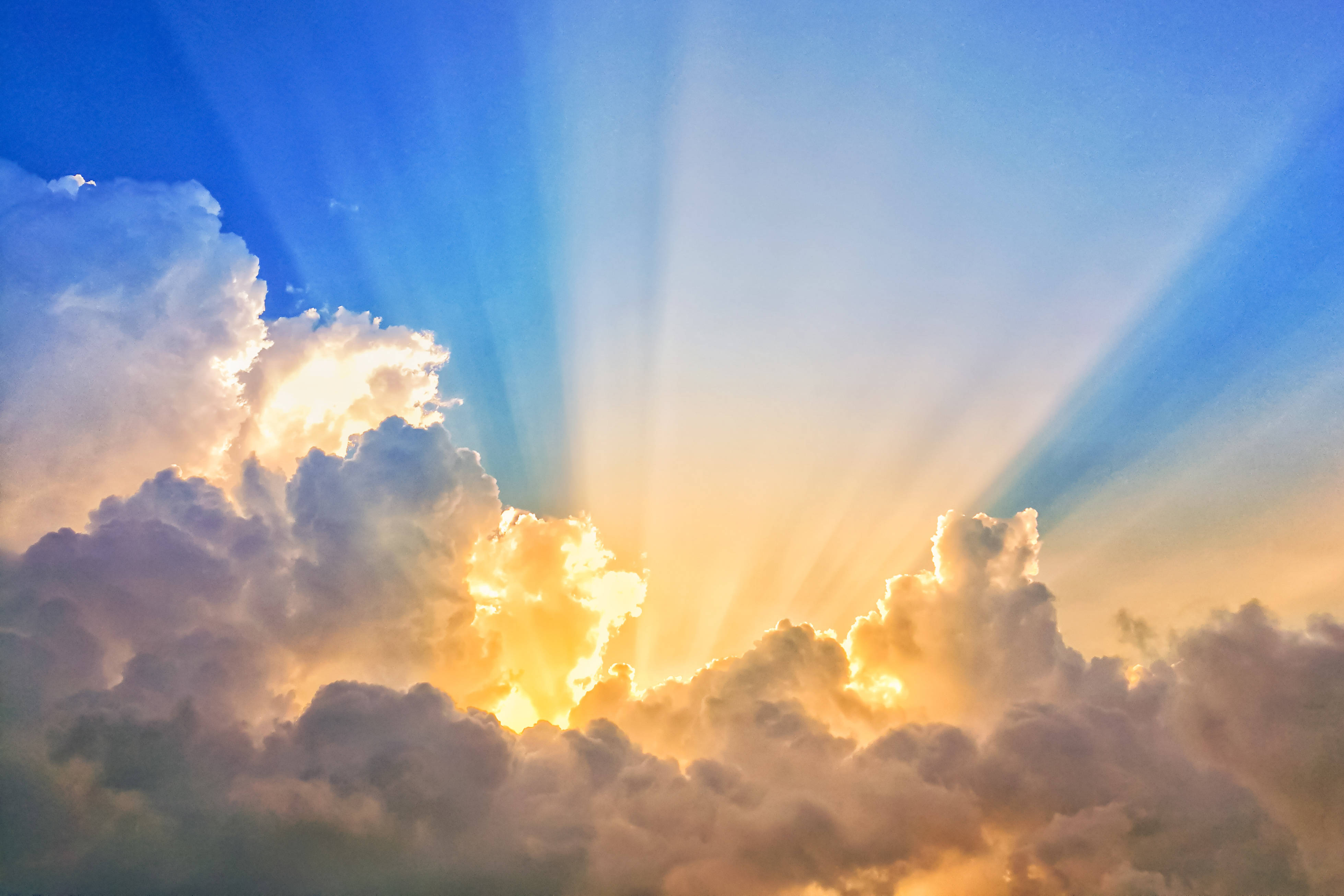 Many religions have a strong stance on life and death and several believe in the afterlife, reincarnation or a divine presence.

Religion often gives people an ethical framework to which they live by. Billions of people across the world practice some kind of belief as Learn Religions explains: “There are many unconscious reasons people believe in religious faiths. While many people find comfort and joy in their religious practices because of their moral teachings, there are other reasons they're drawn to their faith as well. For many, faith was a part of their upbringing, and they want to continue their family's traditions. Faith plays an important role in culture for many reasons.”

Ultimately, faith is a deeply personal part of someone’s life and their religious beliefs may well play a part in their funeral service.

How different religions deal with death

How Christianity deals with death

The Church of England, the country’s Anglican Christian state church, helps people all over the country find the strength to face the end and comfort them in their time of need. The Church’s Revd Canon Dr Sandra Miller said the following to us about their important work: “Just over 33 million people in England identify as Christian and every week the Church of England helps 3000 families to mark the death of someone they knew and loved through a church-led funeral service. Each service is special and personal, reflecting God’s love for unique individuals and through words, music, readings and prayers also reflects the particular interests and needs of that family”.

“After the service, the church will be there for that family whenever, and wherever, they need us. Whether that is a quiet space to light a candle, or place to stop and think about the big feelings and questions that death brings, people discover that the Christian faith helps to comfort and encourage at a difficult time. The church is often the place that for them holds their story and their history across generations past and present, offering a sense of timelessness and significance that will go far beyond the words that are said”.

This is an important message, and the benefits available cannot be overstressed. Of course, one should not choose to believe purely on the basis that they are afraid of death; religion offers so much more than this comfort. However, the overwhelming faith that your loved one will soon be closer to God, can lead you to not despair at their passing, to of course miss their presence, but be comforted in the fact that their journey is not yet over, that the next stage of their life is about to begin.

How Hinduism deals with death

Most Hindus believe that people are in a cycle of death and rebirth called Samsara as Everplans explains: “Generally, Hindus believe that life and death are part of the concept of samsara or rebirth. The ultimate goal for many Hindus is to become free from desire, thereby escaping samsara and attaining moksha, the transcendent state of salvation. Once moksha is attained, the soul will be absorbed into Brahman, the divine force and ultimate reality.”

Traditionally a Hindu funeral takes place the day after someone has passed away, traditionally at dusk or dawn: “A priest should be contacted and can help guide in the decision-making process and direct the family to a Hindu-friendly funeral home”, explains Everplans. Traditionally, people who practised Hinduism are cremated, and their ashes are immersed in the Ganges River, although other rivers are seen as acceptable substitutions: “For Hindus living outside of India, there are companies that will arrange for the shipment of the cremated remains to India and will submerge the ashes in the Ganges”, states Everplans.

The cremation usually marks the start of the mourning period, which lasts for 13 days, during this time, the family of the deceased will stay at home and welcome visitors. Funeral Wise explains that a ceremony is traditionally held at the home of the deceased “in order to liberate the soul for its ascent into heaven”.

How Islam deals with death

Islam teaches that a human not only has a body but also a spirit and the spirit is the seed from which a “higher life form grows” according to The Lahore Ahmadiyya Movement.

Al Islam includes a quote from the Islamic sacred book, the Quran: “To Allah (Almighty God) we belong, and to Him is our return.” Al Islam goes on to explain that death should not be feared because “It is of utmost importance that man should hold death dear and consider it an opportunity of meeting with his Almighty, and not hate it and consider it as evil, but should take lessons from it.”

Islamic funerals tend to follow quite specific rites, although some are subject to regional interpretation and variation. Usually, Sharia (Islamic religious law) calls for a burial as soon as possible after someone has passed away.

Dignity Funerals explains that before a funeral, the person who has passed away is covered in a white sheet and placed on large white sheets: “Due to the necessity of a quick burial, the lead up to a Muslim funeral is short. The ceremony itself will last from half an hour to an hour, consisting of prayers, chants and Muslim funeral rituals.

“What happens at a Muslim funeral service is usually ruled by traditions of the faith. Family and friends of the deceased will gather in the prayer room, study room or courtyard of the mosque to perform Salat al-Janazah (funeral prayers). The Muslim funeral service is led by an Imam (Islamic leader) and includes readings from the Quran. If you are of a different faith, you are encouraged to quietly listen to the readings and prayers.”

Traditionally, the grave is prepared at right angles in the direction of Mecca, with the deceased place on their righthand side facing the Islamic holy city. Traditionally, cremation of the body is strictly forbidden in Islam. 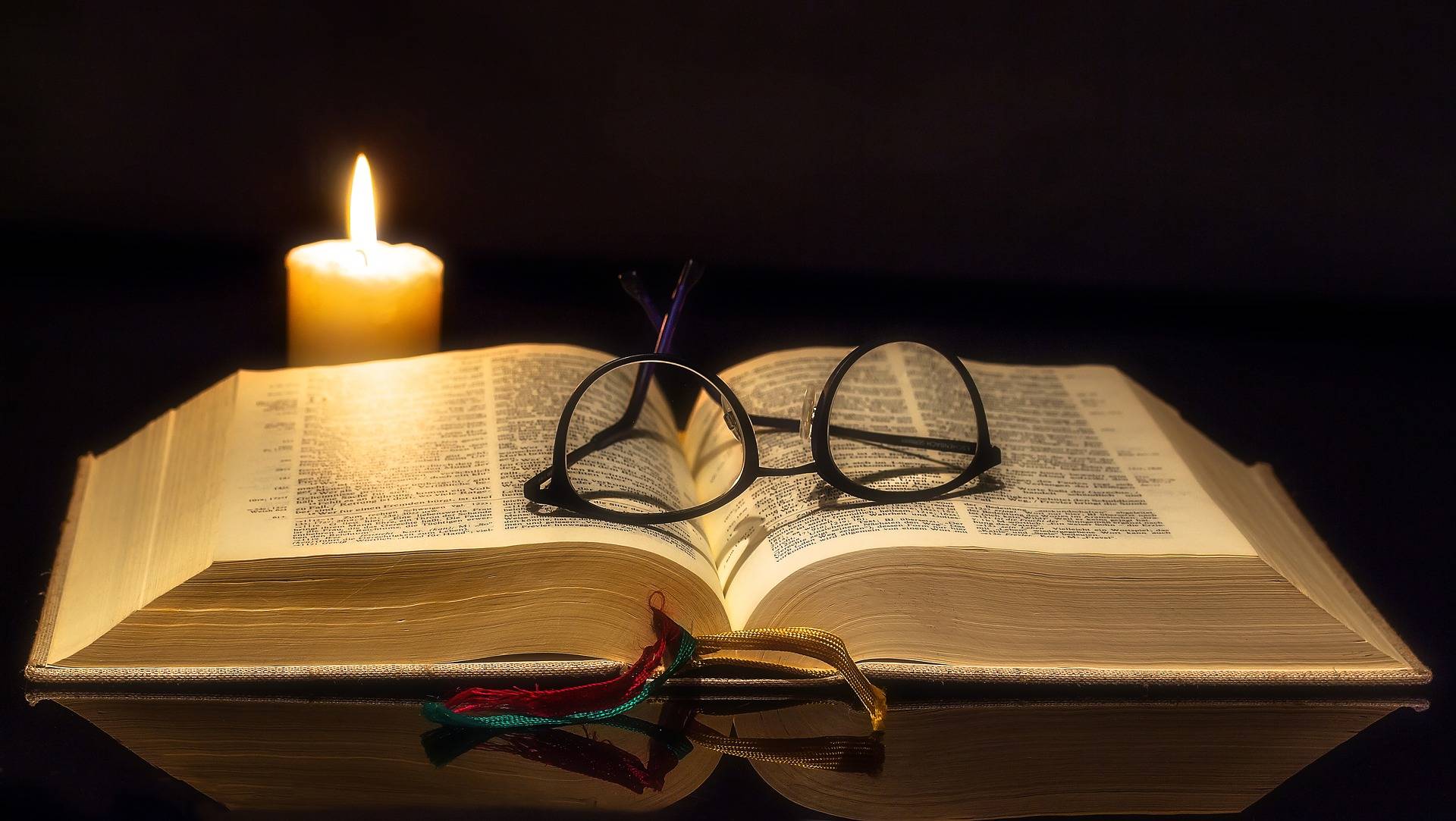 It’s a beautiful idea, and faith – and the practice of religion – can also help us in other areas, such as accepting our own mortality. We all like to think we are infallible, that we are somehow the exception to the rule, that we can escape death. However, this isn’t our destiny and the very fact that we are mortal gives our lives the purpose it needs and teaches us to live life in the moment, to cherish all that it holds. Participating in the world with this outlook can provide some obvious benefits but this faith in God can also afford us the courage to face death itself.

Knowing that you have lived life honest and true, knowing that your faith and virtue will someday see you reunited with your loved ones and able to share domain with the Almighty, suddenly takes that overwhelming fear away. That crippling notion that death is the full stop on life is now gone. That can be an awfully liberating feeling and such a concept can only be experienced by putting overwhelming faith in something other than yourself. 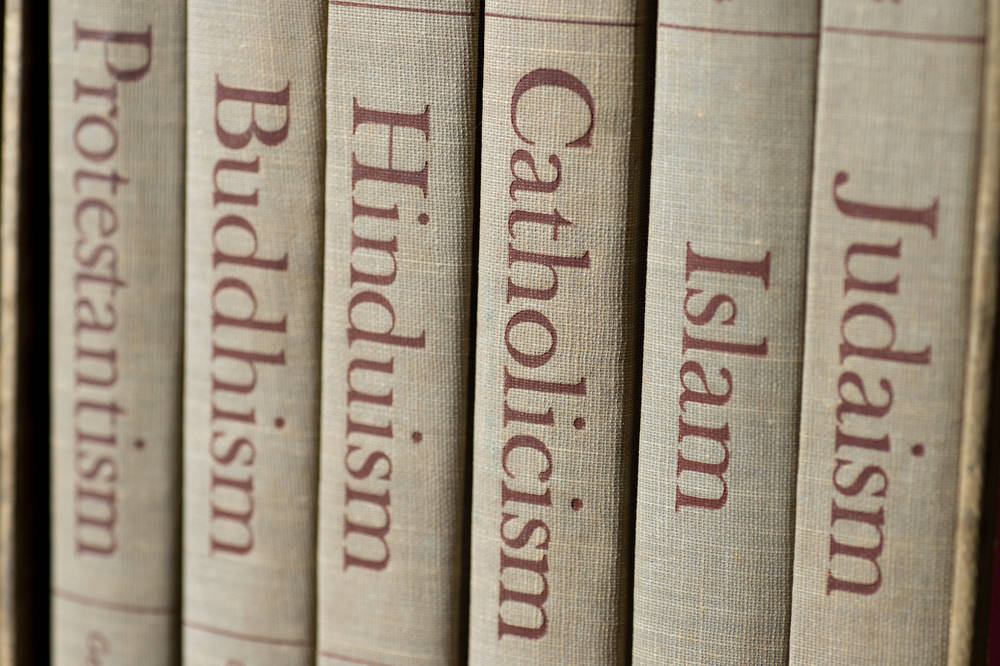 Man is a very impressive creature, but man is imperfect and man cannot solve all of life’s problems. Religion teaches this message to those that are open to it. And it’s this very message that can provide the courage, tools and indeed the faith we need to not run in fear from our own mortality.

We are not the masters of death. We try our hardest, we live good lives, we mourn over gravestones and help those that we can.

“Brothers and sisters, we do not want you to be uninformed about those who sleep in death, so that you do not grieve like the rest of mankind, who have no hope” – Thessalonians 4: 13- 14